The CLC is a partnership between national corporations and their leadership and the Army Heritage Center Foundation (AHCF).  The CLC ensures that AHCF is successful in its role as the lead agency supporting the development and expansion of the U.S. Army Heritage and Education Center (USAHEC).

CLC are companies that aspire to build, broaden, and strengthen their support for the history of the U.S. Army and the American Soldier.  These corporations have chosen to support us in our mission to “Tell the Army Story… One Soldier at a Time.” 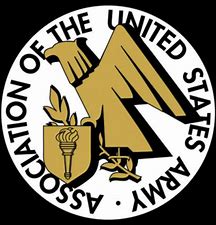 The Association of the United States Army (AUSA) is a private, non-profit organization that serves as the professional association of the United States Army. Founded in 1950, it has 121 chapters worldwide. Membership is open to everyone, not just Army personnel, nor is membership mandatory for soldiers. The organization publishes ARMY Magazine and the Green Book. The current president is retired Army General Robert Brooks Brown.

FN America is the U.S. subsidiary of FN Herstal. The company was formed by the merger of FN’s previous two American subsidiaries – FN Manufacturing and FNH USA.

FN Herstal’s firearms are used by the armed forces of over 100 countries.