U.S. Army Soldiers guard freedom and the American way of life with unwavering perseverance. Donors of the Army Heritage Center Foundation honor Soldiers and their service through enduring generosity. The Foundation recognizes that generosity with membership in a Giving Circle. 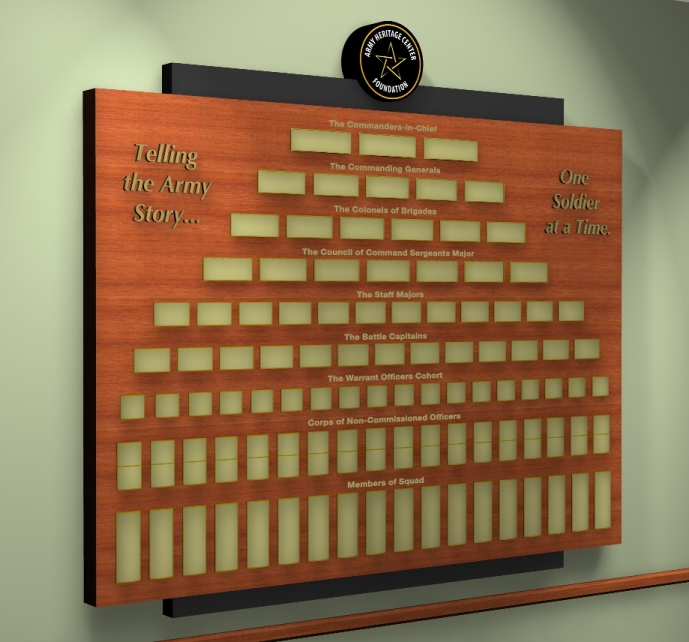 The Washingtonburg Society is the Foundation’s legacy society, named in tribute of the Carlisle Barracks’ significance to U.S. military history. The Barracks have been an important post since first occupied in 1757. During the American Revolution, the post was named Washingtonburg in honor of General Washington.

Membership recognizes donors who demonstrate their belief in the mission of the Foundation with annual philanthropic support. The Foundation offers six levels of membership and one level of corporate membership. Individuals also may become lifetime members.

The Colonels of Brigades

The Council of Command Sergeant Majors

The Donald B. and Dorothy L. Stabler Foundation

Association of the United States Army