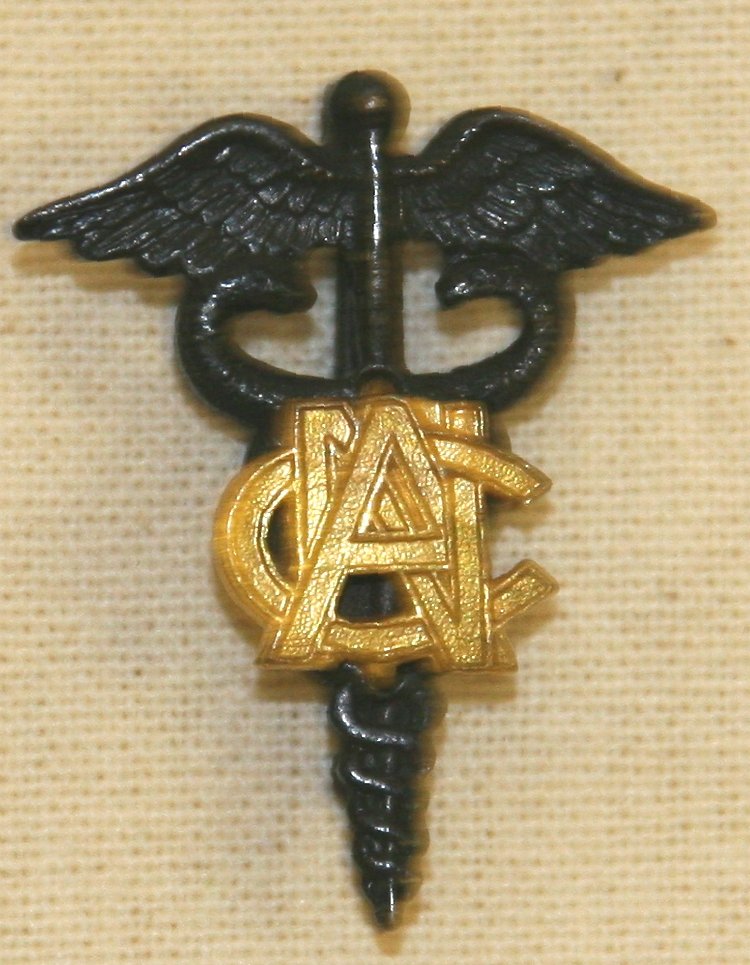 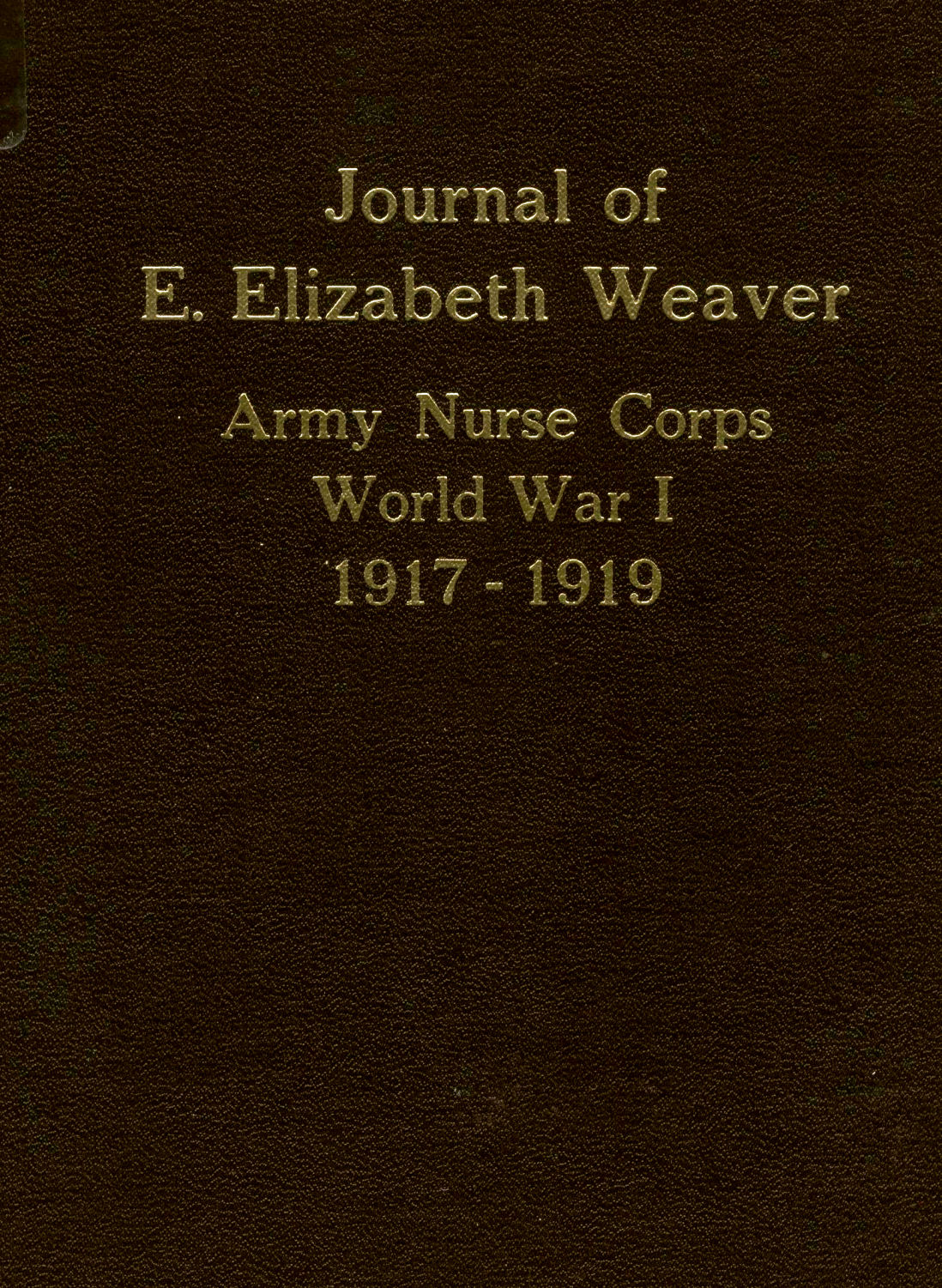 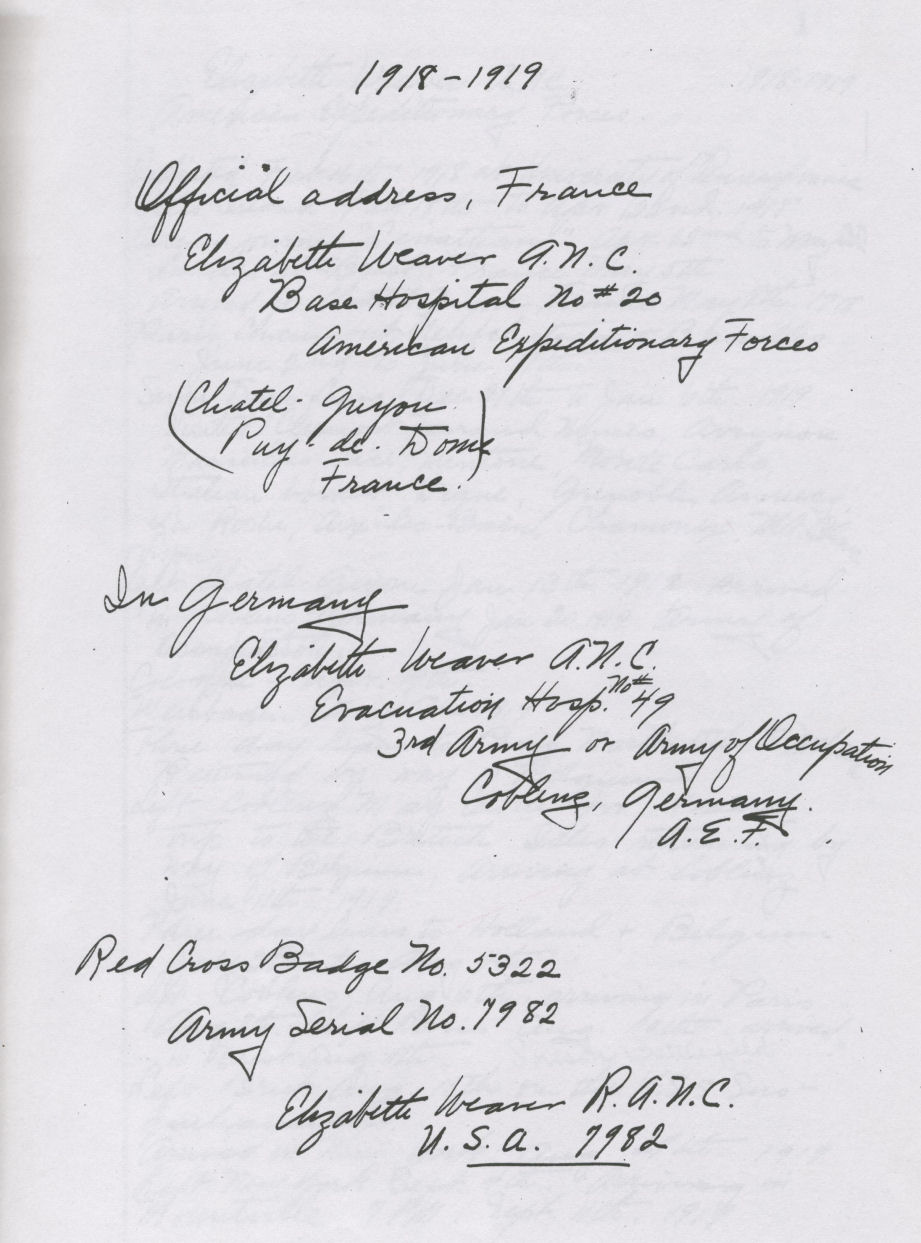 Emma Elizabeth Weaver was sworn into the Army Nurse Corps in February 1918 after graduating from the University of Pennsylvania’s School of Nursing.  She worked as a private nurse in Philadelphia before being sent to France and then later to Coblenz, Germany where she was attached to Base Hospital #20.  During her time of service, she preserved her story with a diary in which she kept notes of the people she met, places she traveled to and the various treatment methods used during the time.

What makes Ms. Weaver’s memoirs so valuable is the depth of detail she goes into on the treatment of wounded and gassed soldiers as well as the different methods the Army nurses used to maintain their morale while they were overseas.  Her story is touching and casts light on the day to day trials and triumphs of nurse of World War I.  Her memoirs are now a part of the collection held at the US Army Heritage and Education Center.

The following excerpts are from the diary of Emma Elizabeth Weaver:

Nurse’s Work: Treating Patients and the Effects of Gas Warfare

The Ruins of Europe: Viewing the Devastation at Chateau Thierry

Gas Warfare in World War I

The Rape of Belgium