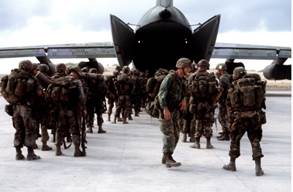 COL (R) Keith Nightingale served as the Battalion Commander of 2nd Battalion, 505th Infantry Regiment that was an assault force during the operation.  His battalion eventually became a brigade task force for the reconstitution of the Grenada government and was the last military force to leave the island on 12 December.  The “first” large scale joint and combined operation of the post-Vietnam era, COL Nightingale will discuss his and other units’ experiences, and the challenges that they faced, during the planning and conduct of the operation.  He will then explore how this operation provided the catalyst for Goldwater-Nichols, Nunn-Cohen and the movement to improved joint operational capability.

Register in advance at: