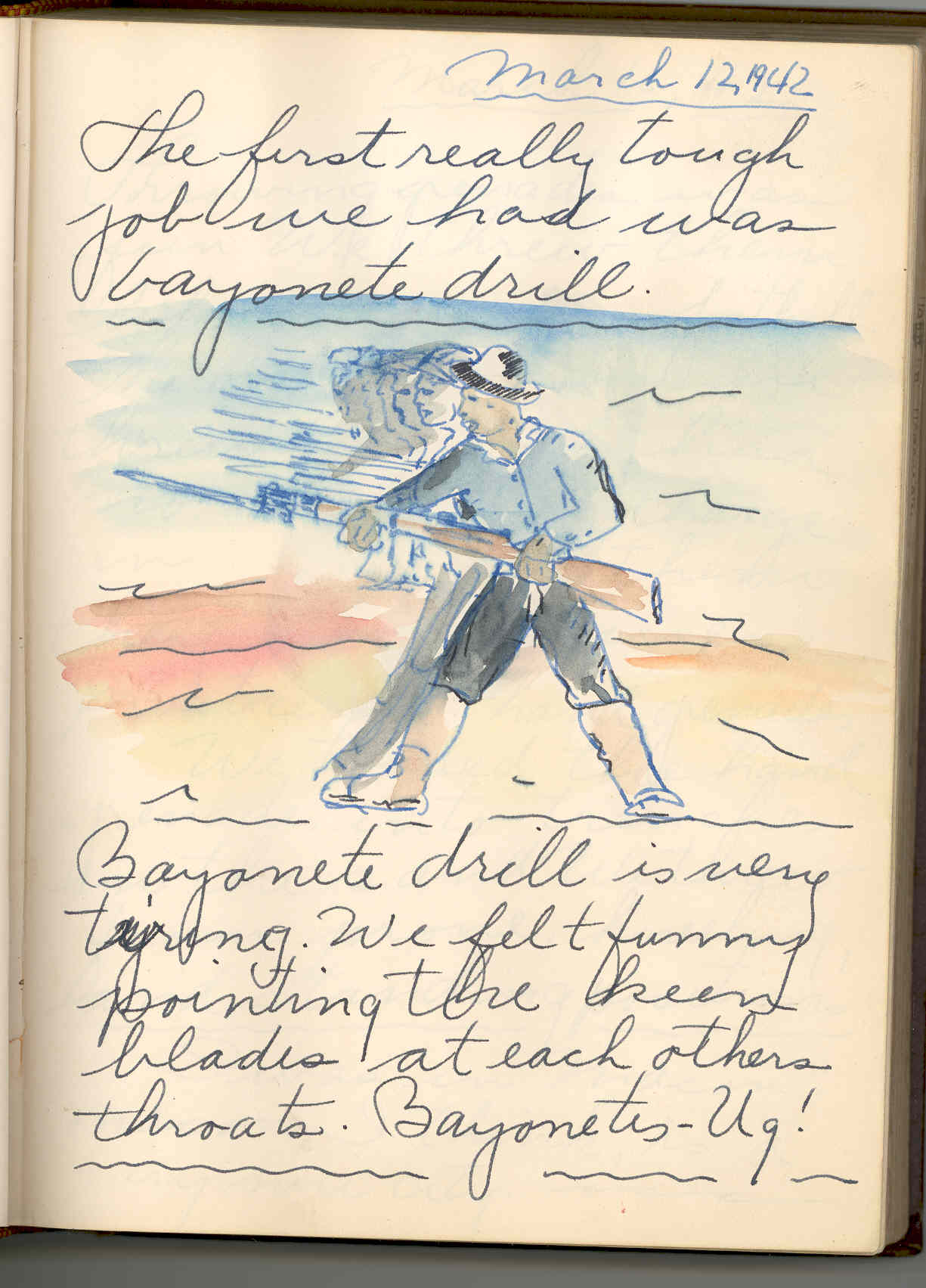 Born April 3, 1920, the son of a coal miner, Willard Dominick displayed a passion for art at a young age. Like many young men of his generation, Willard’s life was interrupted by the Japanese attack on Pearl Harbor. Mr. Dominick was drafted into the Army and began basic training on February 24, 1942, in New Cumberland, Pennsylvania.

As a soldier assigned to the 25th Infantry Division in the Pacific Theater of Operations, Dominick maintained a diary that is now part of the collection at the US Army Heritage and Education Center. In addition to the written accounts of his experiences, which include combat at Guadalcanal, the Solomons, and Luzon, his diary contains original artwork depicting the sights he witnessed and conditions he encountered. The selections presented here paint a vivid picture of the courage and sacrifices of American Soldiers in World War II.

The following pages are from the Diary of Willard Dominick.