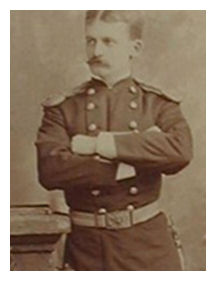 Colonel Hobart Kemper Bailey was an especially well-liked officer of the “old Army” infantry in the late 1800’s through the early 1900’s. Born in 1847, his 75-year life spans a remarkable period of time in the growth and development of the United States—from pre-Civil War through the Reconstruction Era to the first two decades of the 20th century. Born at a time when social issues (such as slavery) were grasping the Eastern population, the sparsely populated “frontier” saw the indigenous people (Native Americans) as the enemy. It is during this tumultuous period in American history that Bailey gained renown as a professional Soldier.

Bailey’s 40-year career shows all the difficulties and ultimate rewards of service on the American frontier. Commissioned at the age of 25 in the United States 5th Infantry, he stayed with the unit for almost 30 years, serving as a First Lieutenant for nearly half the time. Much of his service with the 5th Infantry was on the frontier serving under Colonel Nelson Miles at Fort Keogh, Montana Territory. The frontier was ablaze with Indian raids, and the 5th Infantry was sometimes called upon to fight. In August 1874, with two years’ service in the 5th, Lieutenant Bailey joined an expedition against hostile Kiowas and Comanches. On November 8, two companies attacked a large camp of Cheyenne at McClellan’s Creek, Texas, freeing two captive girls whose parents had been killed. That year through the end of February 1875, Bailey and his unit continued the campaign, which ultimately ended in the Cheyenne surrender.

In June 1888, after serving 12 years in the Montana Territory, Bailey and the 5th Infantry left for Texas and later, Fort McPherson, Georgia. Bailey continued with the 5th Infantry through 1901, having been promoted to Captain in 1892. He spent his last year as Acting Judge Advocate, Department of Arizona and in Washington, D.C. as aide-de-camp to Lieutenant General Nelson Miles, his old commander from Fort Keogh, now the Commanding General of the U.S. Army.

During the Spanish-American War, the 5th Infantry again served under Miles, now commanding the expedition to Puerto Rico. However, the war ended before the 5th could actually join the expedition and consequently, spent several uncomfortable years on garrison duty in Cuba.

Bailey’s final years of service were recompense for the many years he spent on the frontier. Promoted to Lieutenant Colonel in 1903, Bailey served as Inspector General for the 5th Infantry from 1903 to 1904. He was then given command of the 29th Infantry regiment from 1907 until his retirement in 1911.

Mr. Dan Geagan, a relative by marriage of LTC Bailey, provided the following two newspaper clippings to the Army Heritage Center Foundation.  We are attempting to identify the newspapers that published them.  Any readers who can provide assistance or further information are welcome to contact us at info@armyheritage.org. 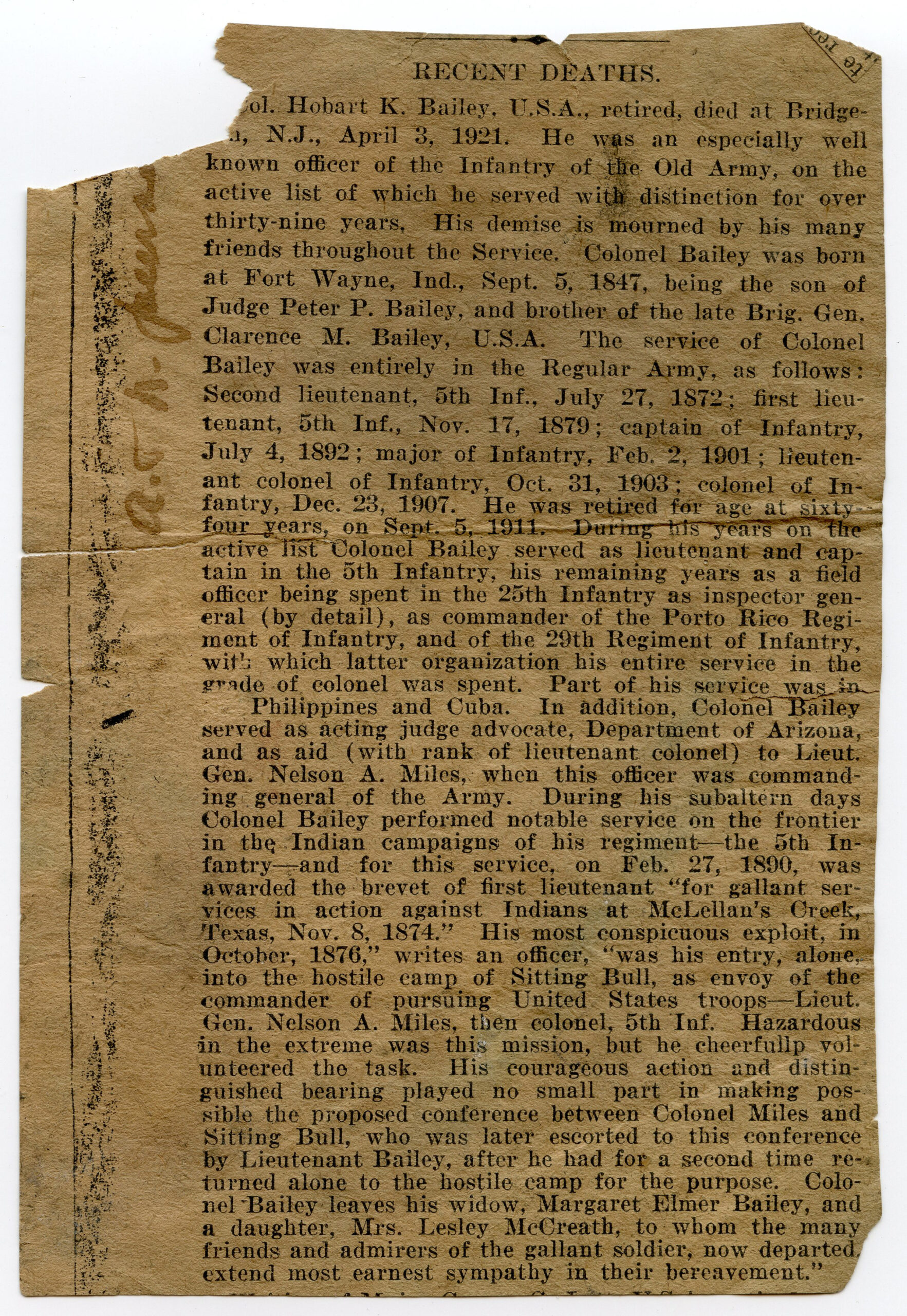 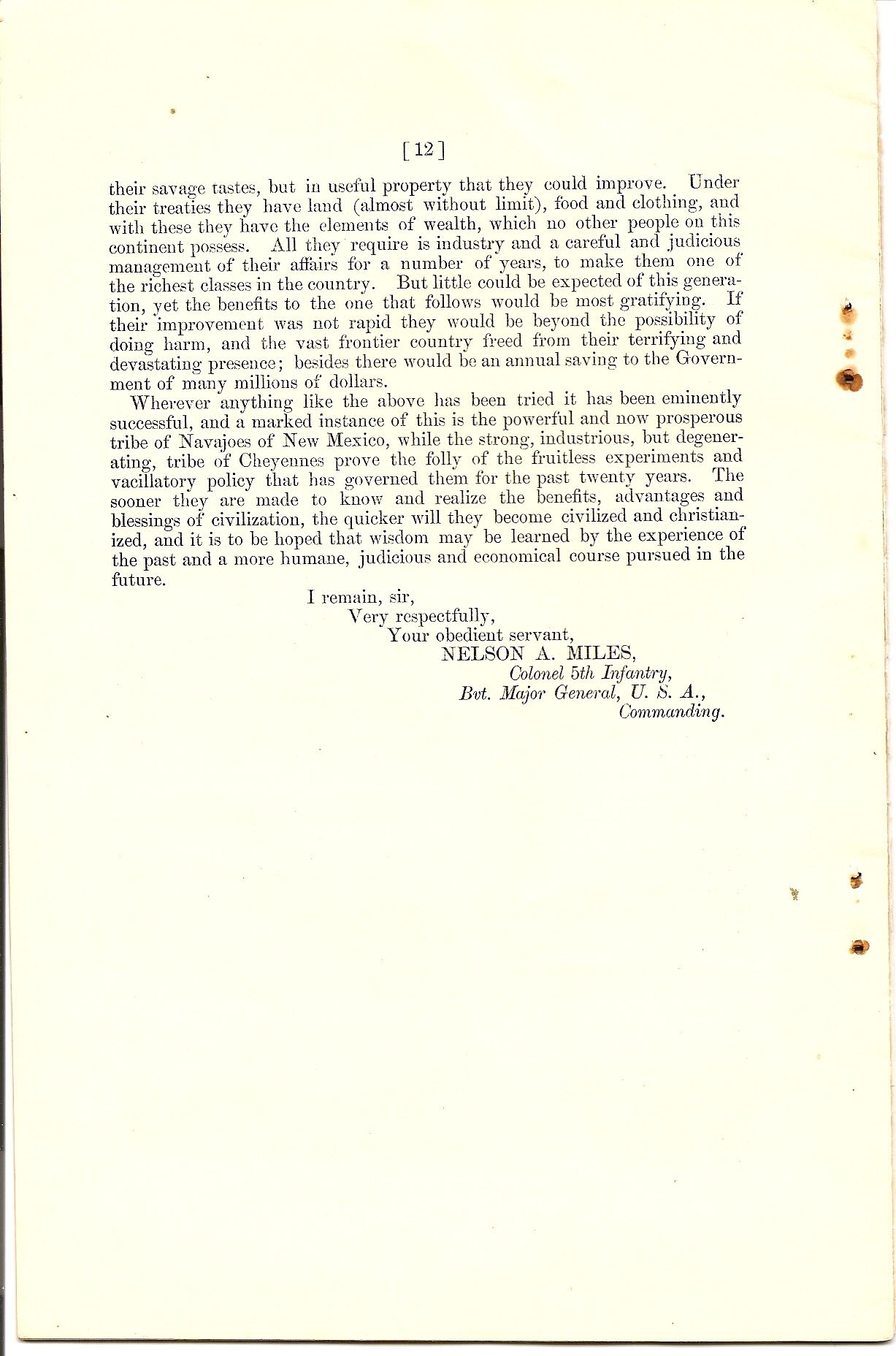